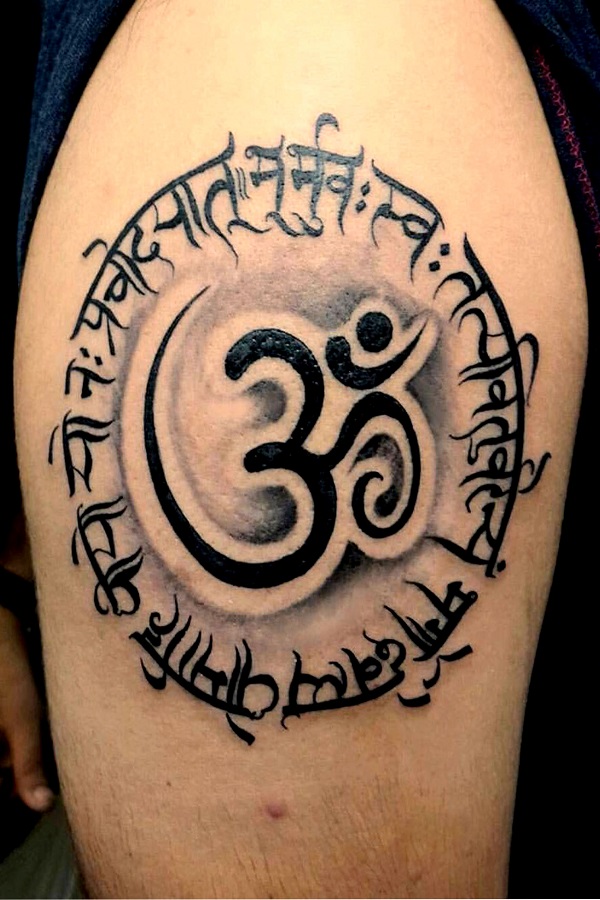 is a rather popular tattoo option for people in Eastern as well as in Western countries. Om is a part of the Eastern religion and teachings. Many even know it because of the fact that it is the first sound in the universe. The Om symbol is considered as a part of religion and is often chanted as a mantra or used during meditation and yoga.

The Om is often also written as “Aum”. You might hear this sound almost everywhere right from any ritualistic celebration to the middle of the yoga class. This symbol may offer a path to transcendence and a new enlightened or spiritual beginning. It is also often paired with other eastern symbols and especially other deities. The mandala is another symbol that it is paired with. Some people also add a Sanskrit word with it or use Unalome Tattoo.

Read on to know the exact meaning and definition of each Om symbol tattoo design we have compiled for you to get inspired from Gupta Tattoo Goa.